Life for a Marijuana Charge

Do you read blogs? I generally don’t, but somebody sent me a copy of a recent blog in the Daily RFT. It was written by Ray Downs. He’s got a good reputation. The blog was about Jeffrey Mizanskey, who is doing life without parole on a marijuana charge. 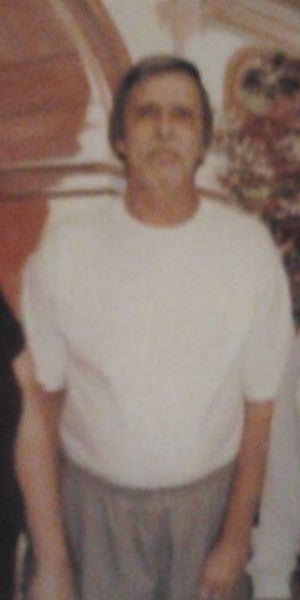 According to the blog, Mizanskey got busted in 1993 in Sedalia, Mo., with another guy. They had gone to a motel to buy a brick of weed. About five pounds, the blog said.

I don’t get that part. I don’t want to sound like an authority on this stuff, but I’d figure a brick to be a kilo. You know, a little more than two pounds. But it doesn’t matter. Two pounds, five pounds, 10 pounds. They bring this stuff in by the ton. So we’re not talking about Pablo Escobar. We’re talking about a low-level pot dealer.

According to the blog, Mizanskey was just along for the ride, anyway. It was his buddy who was interested in buying the weed. Supposedly, the video backs it up. Video? It turns out the sellers had already been busted and were participating in a sting.

But who cares if Mizanskey was the real buyer? Let’s say he was. He gets life for buying a few pounds of pot?

By the way, his buddy got 10 years. It turns out this was Mizanksey’s third bust. None of them big. The first two didn’t even rate prison time. I checked with the Department of Corrections. First and only time they got him was for this third bust.

I’ve written about the criminal justice system for a long time, and I understand inequities abound. There are all sorts of variables. The quality of the defense lawyer, the jurisdiction in which one gets arrested, the sentencing judge, and so on. No two cases are identical. But still, life without parole for a pot charge? Are you kidding me?

I recently flew to San Francisco, rented a car and drove to visit a pal who lives near Seattle. I drove through the California town of Weed. The gas stations were selling T-shirts that read, “I love Weed.”

By the way, I was driving to Seattle. Guess what’s legal there.

You see where I’m going with this, Jay? This is 2014. Reefer Madness is passé. Society no longer equates pot with heroin. Nobody is selling “I love Heroin” T-shirts.

Not long ago, I wrote about the days when pot was everywhere. I mentioned that I could once roll a pretty good joint, but I remembered guys who could roll a joint with one hand. I envied them. They were rock stars. How cheated they must have felt when weed went underground. Maybe they’ll move to Colorado or Washington where they can once again show off, I wrote.

I got a lot of response to that column. Mostly from baby boomers who fondly remembered those days. Some of them boasted that they could still roll a joint with one hand. Arthritis be damned!

These are old people. Sixty-year-olds. Pot is the one of the few issues they have in common with the kids.

Last week, I got an email from a fellow with Show-Me Cannabis. That’s the group working to legalize pot in Missouri. One of their lobbyists is a sergeant in the St. Louis Police Department. Makes me think of Bob Dylan. The times they are a-changing.

I asked the fellow from Show-Me Cannabis if he knew about Mizanskey. Sure, I know about him, the guy said. We’re planning an advocacy campaign to get him clemency, he said.

This story isn’t going to stay a blog for long. Trust me on that, Jay. I know some of the people at the Riverfront Times. They’ve got themselves a story, and they know it. Life without parole for pot.

This thing is going to take off.

When the clamor for clemency starts, you’ll have three options. You can pretend not to hear the shouting. You can say you don’t see an injustice in the sentence. You can grant clemency.

Option three is clearly the best — the first two are untenable — but why look like you have to be forced into doing the right thing?

Let me suggest a fourth option. You can be proactive. You can move before the clamor starts. You can say you read the blog in the RFT — that will make you seem hip — and after looking into the matter, you have decided to grant Jeff Mizanskey clemency. Immediately! Twenty years on a pot charge is long enough, you say.

Aside from the injustice, it’s a complete waste of money to keep this guy in prison, you say.

In so doing you appeal to everybody — the young, the old, the liberals, the fiscal conservatives. Plus, you’d be doing the right thing.

Best move on this quickly, Jay. It’s a rare opportunity.